The Roar of the Dragons 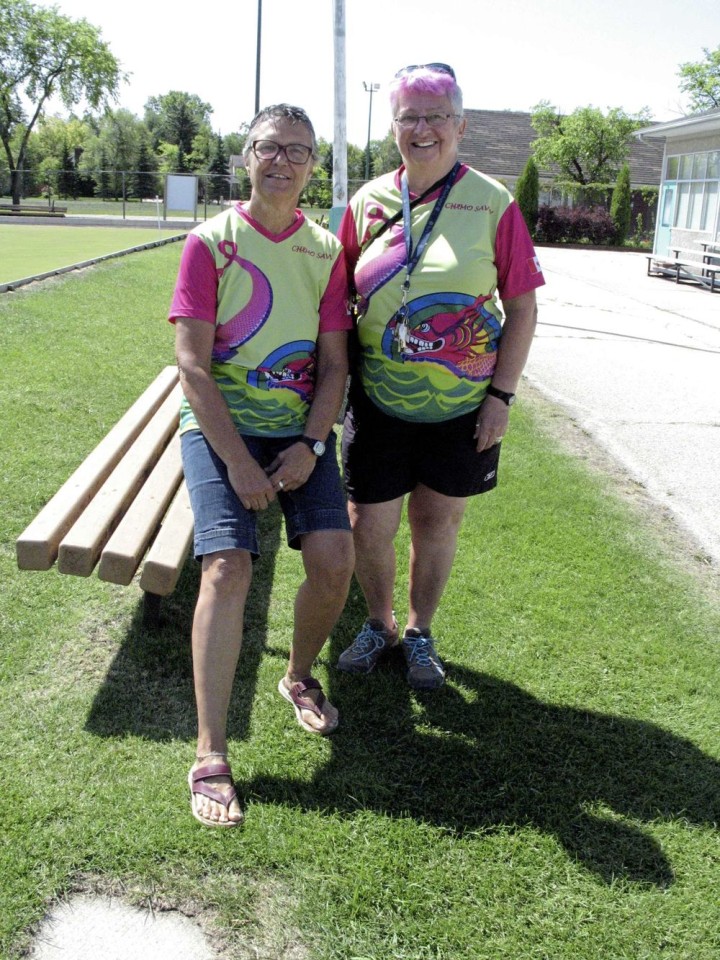 Shirley Stone and Sylvie Mathers are anything but ordinary.

Stone, who lives in Tuxedo, and Mathers, who is a St. Vital resident, are both members of Chemo Savvy — a Winnipeg-based dragon boat team that is made up of breast cancer survivors.

[Sylvie Mathers (left) and Shirley Stone are members of the Chemo Savvy dragon boat team, which recently competed at the 2019 Canadian Dragon Boat Championships at Wascana Lake in Regina.

Sylvie Mathers (left) and Shirley Stone are members of the Chemo Savvy dragon boat team, which recently competed at the 2019 Canadian Dragon Boat Championships at Wascana Lake in Regina.

The team competes in races both locally and beyond, and the pair recently returned from competing in one of the most exciting dragon boat experiences of their lives — the 2019 Canadian Dragon Boat Championships, which featured approximately 150 teams.

According to the event’s website at www.dragonboat.ca, the championships — which were held in Wascana Lake in Regina from July 19 to 21 — are billed as the most exciting and competitive dragon boat event in Canada, and the event includes teams from the recreation/festival levels to club crews that race internationally.

"It was a totally mind-blowing experience," said Stone, who is the team’s media and public relations representative. "We felt like ordinary people in the company of super athletes. Watching the Olympics on television is one thing, but this was something else. It was one of the most amazing things I’ve ever done."

Mathers — who is one of the team’s four coaches along with Yvonne Beaudin, Marlene Roy, and Tara Angel — said Chemo Savvy competed in two different races at the recent championships — the Breast Cancer Division and the Senior B Division. And while the team didn’t win in either category, Stone and Mathers are proud of the team’s passion and determination.

"We’re used to doing city festivals, and at this event included elite teams that were competing to qualify to go the worlds next year in France. We’re so proud of what we’ve achieved, and everyone is so happy and proud of themselves," Mathers said.

"On the water, we felt like we belonged and that we were out of place, especially as most of our members haven’t seen teams of this calibre. We pushed ourselves to perform at our highest levels, and all of our training and hard work paid off."

Both women say that being part of Chemo Savvy — which has around 70 current members, and more than 50 alumni — has been a life-changing experience, and they always welcome new members.